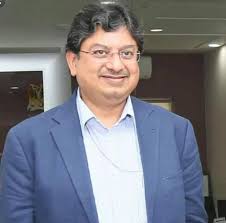 Hosted by the General Insurance Council, International Union of Marine Insurance(IUMI) will  hold its Asia Forum 2022 in Mumbai during June 1-2, On the occasion of this international event, Amitabh Kumar, IRS, Director General of Shipping, Ministry of  Ports, Shipping and Waterways, in an exclusive interview with Asia Insurance Post, explains Indian government’s various new moves to promote maritime industry and shipping industry’s readiness to serve rising demand of the India as well global economy of the world

How do you see the Indian shipping industry’s readiness to serve the Indian and global economy?

India is a Member of IMO Council Category B that itself indicate that India has the largest interest in international seaborne trade.

To help the growth of the Indian shipping trade, the Government of India has extended the ship building subsidy schemes till 2027.

Additionally, to promote cruise industry, GoI has extended cabotage relaxation under section 407 (3) of MS Act, 1958 to foreign flag passenger/cruise ships to call at more than one Indian port for a further period of five years beyond 05.02.2024.

The Sagarmala project of the Government of India is launched to harness the 7500 km long coastline of the country to unleash its economic potential.

The project also seeks to boost infrastructure for transporting goods to and from ports quickly, efficiently, and cost-effectively.

The Government’s  focus on the development of the inland waters ways and opening up of large number of cargo handling facilities on inland waterways will help to move cost effective cargo from one part of the county to other.

In view of the foregoing, we can say with the confidence that Indian shipping industry is ready to serve rising demand of the Indian as well global economy of the world.

Where does India stand on global maritime map?

The maritime Heritage of India is as old as our civilization.  Indian mythology has several episodes involving oceans and the seas with the ‘Rig Veda’ even crediting Lord ‘Varuna’ with knowledge of the ocean routes commonly used by ships.

Historical evidence also supports the view of Indian trade links with other nations of the world existed from ancient times.

India is a strong seafaring country.

•India has recorded 17% year on year growth in seafarers employment in last 5 years as against 0.9% growth in global employment.

•In its country analysis, Drewry has singled out the efforts of Indian Government on seafarers training and certification;

Government support for seafarer’s education and training continues to be strong which together with the large and                 youthful population available for work, makes India a very            attractive seafarer supply country.

In other aspects the growth of the Indian tonnage is gradually increasing.  As on today, we have 1503 ships registered with us.

India is promoting the IMO concept of greener shipping and have engaged with Norway for pilot trails with IMO in green shipping objective of the IMO.

Has the Indian shipping recovered from the disruptions caused by the Covid-19 Pandemic?

Gradually recovering and yet to recover completely.

What are the government’s plan to grow the industry further and making India a major maritime center?

The Government has developed make in India initiative for industry growth followed by Aaatamanirbhar policy to ensure Indian maritime industry is self-sustainable.  Other Major Initiative are shipbuilding subsidies and Sagarmala project to boost infrastructure for transporting goods to and from ports quickly, efficiently, and cost-effectively.

What are your suggestions for insures to improve their services for the Indian shipping industry?

The procedure for becoming a DGS approved Non- IG group of insurance companies is available on DGS Website.