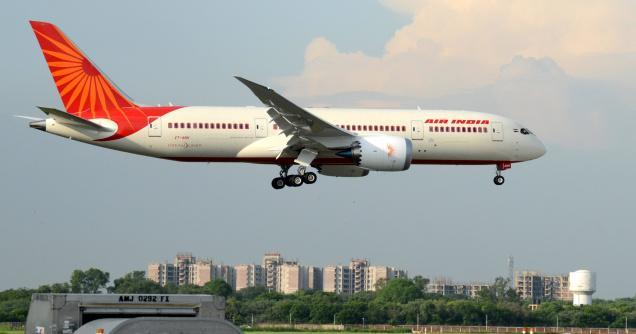 `AI’s reduced cover excluding war cover for Russia and Ukraine region has been successfully placed in the London market  with a manageable premium just before Apr 1, the renewal date for the cover,’’ confirmed London market sources

AIG continues to be the reinsurance leader of the policy

In a bid to check surging premium, amidst hardening of global aviation insurance market, Tata group, the new owner of Air India(AI), has reduced the overall size of its cover, sum assured, by $ 2 billion to $8 billion and managed to renew AI’s cover for FY 2022-23 by paying a premium of $ 35 million as compared to $34 million in 2021-22.

“AI’s reduced cover, excluding war cover for Russia and Ukraine region, has been successfully placed in the London market with a manageable premium just before Apr 1, the renewal date for the cover,’’ confirmed London market sources.

A team of insurers and Tata officials had visited London in the last week of March to place the insurance deal.

Tata Group, after acquiring Air India from the Indian government, has preferred to reduce the value of a few old aircraft thereby bringing down overall size of the renewal cover for a fleet of 141 aircraft from $10 billion to $8 billion.

It will further come down to $30 million as the various discounts are factored in course of time as the premium is paid in four installments through out the year, say London market sources.

However, with the renewal cover, AI can’t fly to Russia or Ukraine as it doesn’t have a `war cover’ for this region. Also, in case of any mishaps, AI will receive less claims for its hull cover as the sum assured has been reduced by 20 per cent to $ 8 billion.

Tata AIG General Insurance, a joint venture between Tatas and US based AIG, for the first time has got a 30 per cent share in AI’s cover while New India Assurance (NIA has retained its existing share of 40 per cent.

ICICI Lombard General Insurance reportedly has got a six per cent share in AI’s cover.

Earlier, it was expected Air India renewal may not be an easy affair for the Tatas from the premium point of view as the aviation insurance market of late has seen significant hardening up impacted by Russian-Ukraine war and crash of a Boeing 737 aircraft of China Eastern Airlines killing all 132 passengers in the Chinese city of Wuzhou.

Insurers and reinsurers could face claims as high as $10 billion in a worst-case scenario due to the grounding of planes in Russia, Fitch Ratings had said.

Soon, Vistara, with 50 aircrafts,another airlines owned by Tatas and Indigo, with 250 aircrafts, India’s largest airlines, will test the hardening aviation market as the renewals for these two airlines are due shortly.