Jan 16 will be celebrated as “National Start-up Day”:PM Modi 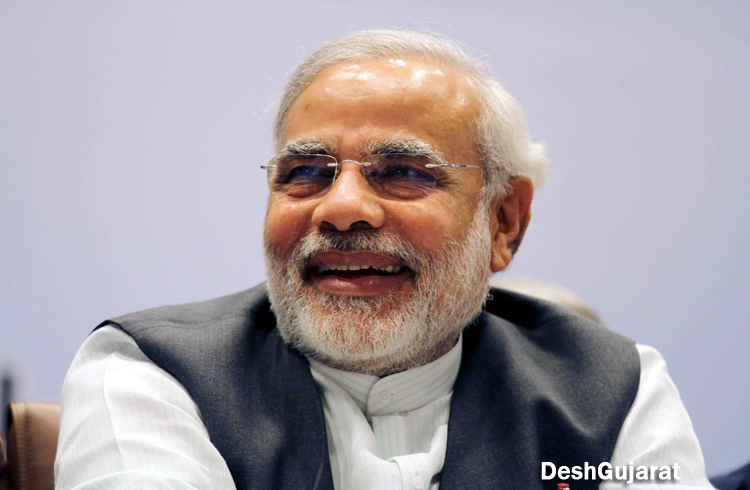 46 startups along with 1 incubator and 1 accelerator with the National Startup Awards 2021.

Prime Minister Narendra Modi on Saturday said that startups are going to be the backbone of new India and said that January 16 will be celebrated as ‘National Startup Day’.

Modi said that India is continuously strengthening its image as the world’s largest millennial market.

“India is continuously strengthening its image as the world’s largest millennial market. Our needs and potential, right from a rural economy to Industry 4.0, are unlimited,” the Prime Minister said during his interaction with startups of various sectors across the country via video conferencing.

Start-ups are going to be the backbone of new India. When India completes 100 years of independence, startups will have an important role. Country’s innovators are making the country proud globally, the Prime Minister said during his interaction with startups across different sectors..

Modi made the announcement in an interaction with more than 150 startups via video conferencing as a part of Azadi ka Amrit Mahotsav.

Noting an exponential rise in the field of innovation with the efforts of the government, Prime Minister Narendra Modi on Saturday said that India’s Global Innovation Index ranking has improved from 81 in 2015 to 46 now.

“The campaign that is going on in India regarding innovation has the effect that India’s ranking in the Global Innovation Index has improved a lot. In 2015, India was at number 81 in this ranking. Now, India is at number 46 in the Innovation Index,” the Prime Minster said in his virtual interaction with startups.

The Global Innovation Index (GII), a global ranking system of countries, ranks the “innovation ecosystem performance” of economies around the globe each year. GII’s index comprises around 80 indicators, including measures on the political environment, education, infrastructure and knowledge creation of each economy.

Notably, the 2021 edition of the index also focuses on the impact of the COVID-19 pandemic on innovation and India’s ranking highlights that the country is treading well on the path of innovation despite the pandemic.

The Prime Minister also said that India’s startup ecosystem is continuously discovering and improving itself. “It is in a constant state of learning and changing,” he added.

Noting that the country has several education institutions for youth’s learning, the Prime Minister said that India has more than 1,000 universities, over 11,000 stand alone institutions, over 42,000 colleges and lakhs of schools.

“These are our strengthens and we have to capitalise them. We must encourage our youth to innovate,” he added.

PM Modi also said, “With over 9,000 Atal Tinkering Labs and thousands of Hackathons, we are encouraging our youth to solve today’s problems with innovation and technology.”

Meanwhile, a top government official said on Saturday said,investors are taking huge interest in the country’s startup ecosystem and in the last year, annual fundings into startups have increased from USD 11 billion to USD 36 billion,

Anurag Jain, Secretary in the Department for Promotion of Industry and Internal Trade (DPIIT), said the share of investments coming to startups in India from world over, which includes domestic investments also, has risen to 6 percent from 4 percent earlier.”

The kind of interest which is being taken in the startup investment climate…In the last one year, annual investments into the startups have increased from USD 11 billion to USD 36 billion,” he said at the National Startups Award event.

Speaking at the online event, Commerce and Industry Minister Piyush Goyal urged startups to come up with more suggestions on making regulatory burden simpler, and easier to further promote the startup story.

”I am given to understand that 2021 has also seen over 1,000 deals with total funding of USD 23 billion in the first nine months ….It shows the strength of our startups,” Goyal said.

The minister suggested focusing on five areas to take innovation to the next level.

The focus areas include developing solutions and content in Indic languages; encouraging products and solutions with larger social and economic impact; promoting startups in every district; creating innovation zones at different local levels where Universities can become incubators; and adoption of best practices from around the world to enhance India’s competitiveness.

All applicants were evaluated against six broad parameters namely Innovation, Scalability, Economic Impact, Social Impact, Environmental Impact, and Inclusiveness and Diversity,” the ministry said. After three rounds of detailed evaluation, 175 Startups were selected for presentation before the jury which made presentations before the 16 specialist jury panels, which comprised domain experts from industry, investors and government.

The recognised entities will benefit from such recognition, not only in terms of being able to attract more business, financing, partnerships and talent, but also enable them to serve as role models for other entities, and to inspire them to be purposeful and responsible about their socio-economic impact.

“Our journey together doesn’t end here with just awards, we will walk step by step with you in this journey,”Many of our entrepreneurs can become mentors for budding startups. We can look at establishing ‘Startup Access Centres’ across districts,” he added.