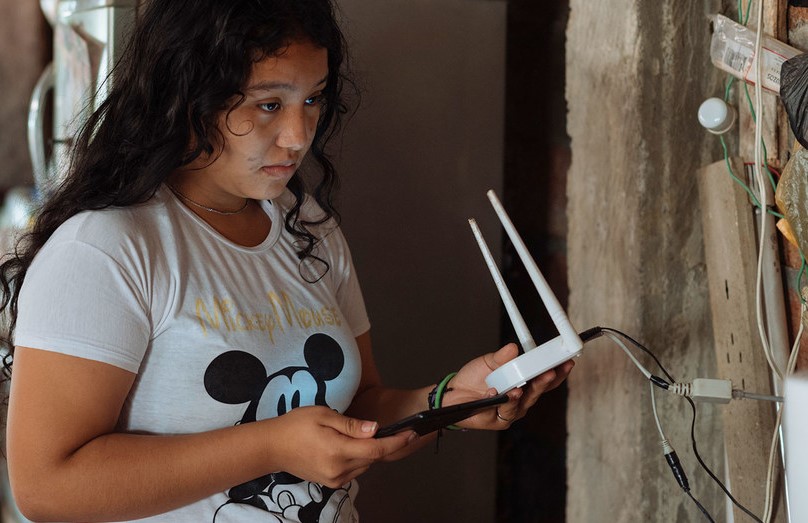 “While almost two-thirds of the world’s population is now online, there is a lot more to do to get everyone connected to the Internet,” Houlin Zhao, ITU Secretary-General said.

Some 2.9 billion people still have never used the internet, and 96 per cent live in developing countries, a new UN report has found.

According to the International Telecommunication Union (ITU), the estimated number of people who have gone online this year actually went up, to 4.9 billion, partially because of a “COVID connectivity boost”.This is good news for global development, but ITU said that people’s ability to connect remains profoundly unequal – as many hundreds of millions might only go online infrequently, using shared devices or facing connection speeds that hamper their internet use.

“While almost two-thirds of the world’s population is now online, there is a lot more to do to get everyone connected to the Internet,” Houlin Zhao, ITU Secretary-General said.

“ITU will work with all parties to make sure that the building blocks are in place to connect the remaining 2.9 billion. We are determined to ensure no one will be left behind.”‘Connectivity boost’

The UN agency’s report found that the unusually sharp rise in the number of people online suggests that measures taken during the pandemic contributed to the “COVID connectivity boost.”

There were an estimated 782 million additional people who went online since 2019, an increase of 17 per cent due to measures such as lockdowns, school closures and the need to access services like remote banking.

Uneven growth
According to the document, users globally grew by more than 10 per cent in the first year of the COVID crisis, which was the largest annual increase in a decade. But it pointed out that growth has been uneven.

Internet access is often unaffordable in poorer nations and almost three-quarters of people have never been online in the 46 least-developed countries.

A ‘connectivity Grand Canyon’
Speaking in Geneva, Doreen Bogdan-Martin, Director of the ITU said: “The internet divide runs deep between developed and developing countries. Only a third of the population in Africa is using the internet.

“In Europe, the shares are almost 90 per cent, which is the gap between those two regions of almost 60 percentage points. And there is what the UN Secretary-General António Guterres, has called in his Common Agenda blueprint for the future, “a connectivity Grand Canyon”.

‘Digitally excluded’
The report found that younger people, men and urban dwellers are more likely to use the Internet than older adults, women and those in rural areas, with the gender gap more pronounced in developing nations.