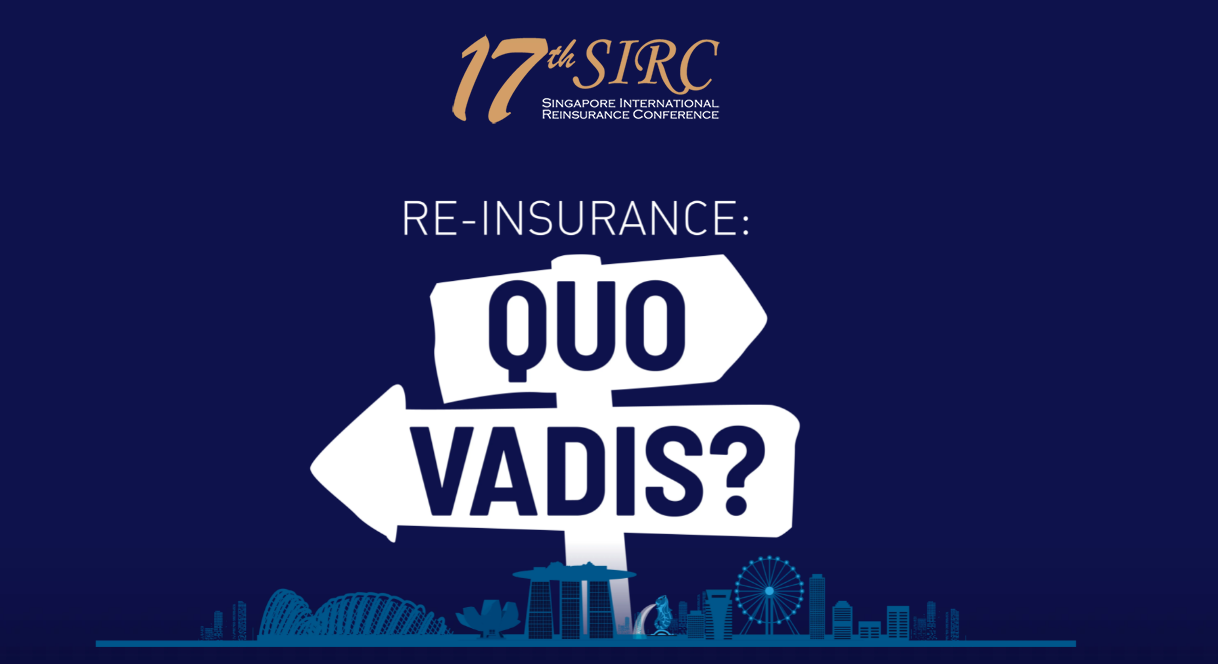 With Asia leading the charge, the future of the global (re)insurance industry to be robust, driven by a rapidly changing risk landscape that includes socioeconomic and behavioural changes on top of climate change

The global reinsurance industry has remained bullish on Asian markets and is developing appropriate strategies in terms of products and channels to tap the massive potentials in the region.

Addressing  a virtual three –day 1th SIRC on Monday, global reinsurers including Swiss Re and Lloyd’s have outlined their strong commitments towards region.

As Asia grows, more lives, wealth and assets will need protection. Asia’s insurance market is growing nearly twice as fast as the global market, estimated at more than 8% of growth per annum until 2030,said Lawrence Wong finance minister and deputy chairman of Monetary Authority of Singapore.

“We intend to continue deepening and growing our relationship with firms in the region. That intention is captured in Lloyd’s purpose of sharing risk for a braver world, every aspect of which ties us to this market,” he said.

“This ‘braver world’ is a reference to where we find ourselves today, emerging from a global pandemic that has changed the way people live, while also facing the sustained warming of the planet. This combination has demanded new levels of courage and boldness to do what is needed to protect the future,”said Carnegie-Brown. .

The Asian market, compared to the rest of the world, is by far the most dynamic, said Swiss Re CEO reinsurance Moses Ojeisekhoba.

“Today, Asia comprises roughly around 22% of global insurance premiums and by 2040 we forecast that that number will be around 35%,” he said, highlighting the region’s increasing relevance to the global market.

With Asia leading the charge, the future of the global (re)insurance industry to be robust, driven by a rapidly changing risk landscape that includes socioeconomic and behavioural changes on top of climate change, he said..

He added that there is also a lot of innovation that takes place across Asia in distribution, in the way products are constructed and sold, and he believes it will continue to be the case as (re)insurers try to keep up with consumer demand.

“The consumers here adopt innovative products, channels … far faster than anywhere else in the world. And the industry itself also will have to make adjustments to ensure that it keeps up with consumers – whether those consumers are individuals or businesses or governments,” he said.

“At the end of the day, that innovation and that drive is something that has to remain across Asia in order for it to meet the ambitious growth targets that we believe will be the case because exposure also continues to grow across this continent.”

In addition to people having more assets that need to be protected, he raised the issue of how humans tend to locate themselves close to dangerous areas such as near sea fronts or forests.

“You look at all these things – risk, overall, is increasing. And that means you need capital and capacity to ensure that you provide protection for societies [and] for consumers at the end of the day. For me, I see significant opportunity for the industry in the coming two decades,” he said.

With the three main reasons for underinsurance often related to access, understanding and price, he pointed to how technology provides an opportunity for the industry to reach more people.

Ojeisekhoba expects that there is still much more that the industry can do to make use of technology and reach more segments of the population. Of the $77bn in economic losses from Nat CAT in the first half of this year, only about $42bn was insured.

Furthermore, this figure is still not as revealing as it could be given that most of the catastrophes this year have taken place in developed markets. In emerging economies, the insured portion of such losses oftentimes is less than 10%.

The effects of climate change are already obvious, with thinning ice in the Arctic, rising global temperatures and increased frequency and severity of weather events. However, this is comfortable ground for insurers, who are experts at analysing the likelihood of known events reoccurring in the future.

Based on current projections if carbon emissions are not addressed, these changes will affect the way people live, the products they buy and the jobs they hold.

“And that poses difficulties for an industry based on assumed conditions and known factors. So, in terms of categorising the risk, climate change is both present and prospective, both real and yet to be realised, and it is also both a moral and a financial risk,” he said.

According to Wong,Asia continues to lead globally in terms of economic growth, the rise of the middle class, wealth creation and urbanisation. Most Asian economies are working hard to bounce back from the pandemic,

The insurance industry can support the region’s economies in seizing opportunities in Asia in two transformative areas – climate change and digitalization, said Wong.