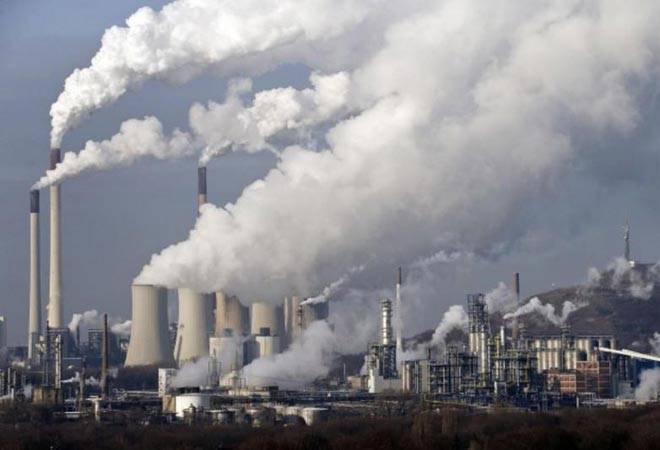 The Global Climate Risk Index 2021, a ranking from research group Germanwatch, put India among the top 10 countries most affected by climate change.

The South Asian nation is experiencing rising heat and sea levels, as well as erratic rainfall and stronger cyclones.

Far from Glasgow, in the coal hub of Ranchi in eastern India, labour union leader D. D. Ramanandan followed the COP26 climate summit closely, scanning tweets by experts and news reports to check for any imminent “threat to coal” in his country.

So when India, along with other coal-reliant nations like China, pushed successfully to water down language on efforts to ditch coal power at the talks, drawing criticism, Ramanandan saw it as an opportunity to plan a better green transition. read more

“I followed (the) COP to see if India pledges for transition because then the process will begin here and it will impact workers, land users, entire towns and villages. This is a big issue,” said Ramanandan, general secretary of the All India Coal Workers Federation.

“Local communities still don’t believe a future beyond coal is possible. But we need to prepare ourselves,” he told the Thomson Reuters Foundation by phone.

“It is important to control carbon emissions and coal will end – if not in 20, then 50 years,” he added.

The two-week U.N. climate talks in Scotland ended on Saturday with a deal targeting fossil fuels for the first time.

But India, backed by China, South Africa, Nigeria and Iran, rejected a clause urging a “phase out” of unabated coal-fired power – which is not fitted with technology to reduce carbon emissions – and secured a change in the text for a “phase-down”.

“How can anyone expect that developing countries can make promises about phasing out coal and fossil fuel subsidies when developing countries have still to deal with their development agendas and poverty eradication?,” India’s environment and climate minister Bhupender Yadav told the conference. read more

Most just transition experts and unions backed India’s stance at the summit, saying the country “had no choice”. Fossil fuels account for more than 60% of India’s installed power capacity, with coal accounting for over half.

“There will be pressure in the future to phase out coal. It is a wake-up call for India and it should hear it loud and clear – that the phase out will have an impact on communities,” he said.

“India has not thought about energy transition,” he added. “Coal mines being closed in India are not because of climate change but because they are no longer profitable.”

India started on a strong green footing at COP26 when Prime Minister Narendra Modi announced plans to reach net-zero carbon emissions in 2070 and boost the share of renewables in India’s energy mix from about 38% last year to 50% by 2030.

But analysts noted coal remains a dominant energy source in India, accounting for 70% of its electricity output.

After China, India is the world’s second-largest coal producer at about 730 million tonnes annually – yet also imports coal to meet the power needs of its domestic industries, according to the government.

Days before COP26, a coal shortage in India made headlines as inventories hit critically low levels amid surging industrial demand after the second wave of the COVID-19 pandemic and high global coal prices led buyers to shun imports.

India is easing its mining laws to attract foreign players to its domestic coal sector and reduce imports.

The government has yet to back economic diversification in coal hubs, where decades of mining have shrunk farmland and polluted water and air, while offering fewer local jobs than expected.

“Communities living in mining areas are already suffering more than they should. And yet very high dependency on coal for income – both legally and illegally – continues,” said Ravi Rebbapragada, chair of Mines, Minerals and People, an alliance of communities and institutions affected by mining.

“The ideal situation would be to phase out coal, but there are no simple solutions,” he said, adding a start could be made by ensuring strict compliance with laws on operating mines.

That would help mitigate both the climate change threat and the suffering of communities affected by coal mining, he added.

The Glasgow summit sparked a dialogue back in India on the unfair burden being placed on the coal-dependent nation whose per-capita emissions remain far below richer countries.

But experts also noted how cutting coal could benefit India.

“Emissions also affect us,” said Rohit Azad, who teaches economics at Jawaharlal Nehru University in New Delhi, pointing to the huge population along India’s coast that is most vulnerable to extreme weather events.

“We are doing it for ourselves,” he said.

The Global Climate Risk Index 2021, a ranking from research group Germanwatch, put India among the top 10 countries most affected by climate change.

The South Asian nation is experiencing rising heat and sea levels, as well as erratic rainfall and stronger cyclones.

Many of its poorest people, such as small farmers, are finding it harder to cope with the losses and damage caused by increasingly severe weather, researchers say. read more

At COP26, India said it had achieved a 24% cut in the emissions intensity of its gross domestic product between 2005 and 2014.

The country must now use the extra time it managed to secure in Glasgow for weaning itself off coal in order to attract new industries to mining hubs and provide alternative livelihood options for local communities, experts said.

Labour leader Ramanandan foresees consensus gradually building to end coal use in India, alongside an expansion of campaigns to protect the livelihoods of coal-dependent people.

Meanwhile, investing in new economic opportunities in coal hubs will be a critical pre-condition for a just transition that leaves no one behind, to persuade workers to sign up for a green future beyond fossil fuels, experts said.

“There will be a huge resistance, unless they see alternatives,” Srestha Banerjee, climate justice programme head at the iFOREST think-tank, told a podcast this week.