More than 1 in 5 worldwide suffering from violence at work: ILO 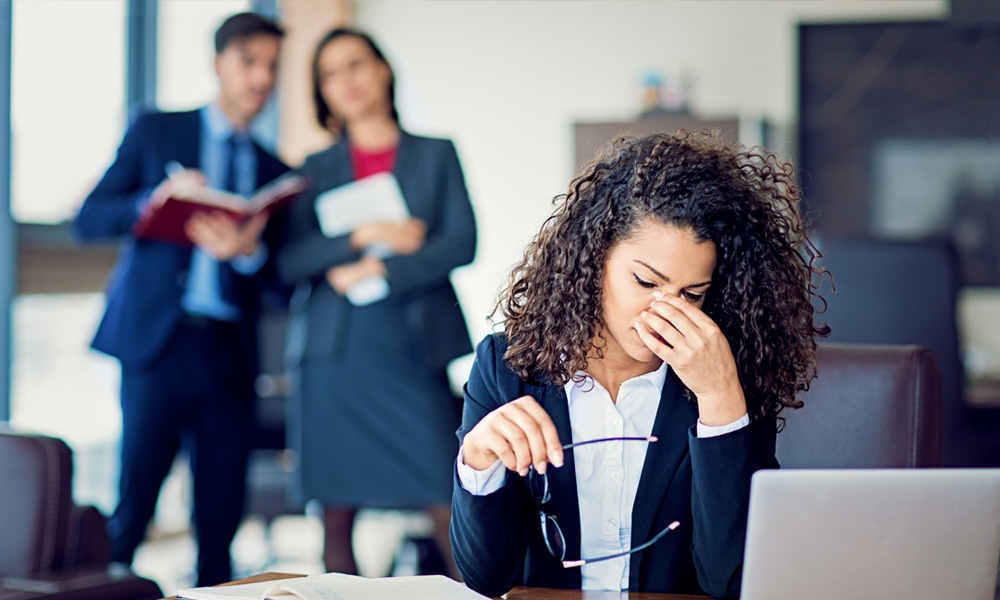 The most common reasons given for non-disclosure were that it was seen as a “waste of time”, leaving people who have been abused, fearing for their reputation. Women were more likely to share their experiences than men (60.7 per cent compared to 50.1 per cent)

More than one in five people employed – almost 23 per cent – have experienced violence and harassment in the workplace, whether physical, psychological or sexual, according to the first ever joint analysis of data worldwide carried out by the UN International Labour Organization (ILO), the independent global charity Lloyd’s Register Foundation (LRF) and analytics and polling company, Gallup.

This first global survey on experiences of violence and harassment at work, aims to provide a better understanding and awareness of an issue rooted in complex economic, social and cultural factors, said ILO in a press release published on Monday.

Experiences of Violence and Harassment at Work:

A global first survey assesses the extent of the problem and looks at the factors that may prevent people from talking about what they’ve gone through, including shame, guilt or a lack of trust in institutions, or because such unacceptable behaviours are seen as “normal”.

Lack of disclosure
Violence and harassment at work is difficult to measure. The report found that only half of victims worldwide had disclosed their experiences to another person, and often only after they had suffered repeated incidents.

The most common reasons given for non-disclosure were that it was seen as a “waste of time”, leaving people who have been abused, fearing for their reputation. Women were more likely to share their experiences than men (60.7 per cent compared to 50.1 per cent).

Of those responding, 6.3 per cent reported facing sexual violence and harassment, “with women being particularly exposed”, said the UN labour agency.

Most at risk
Young people, migrant workers, and salaried women and men have been the most exposed to violence, according to the data.

More than three out of five victims said they had experienced violence and harassment multiple times, and for the majority, the most recent incident took place within the past five years.

“It’s painful to learn that people face violence and harassment not just once but multiple times in their working lives,” said Manuela Tomei, ILO Assistant Director-General for Governance, Rights and Dialogue.

The Convention includes the specific recognition, for the first time in international law, of the right of everyone to a world of work, free from violence and harassment, and outlines obligations of signatories towards this end.

Lifting the veil
“Gathering robust data on this highly sensitive issue is challenging but essential. For the first time, this report lifts the veil on this pervasive problem which plagues more than one in five workers globally,” said Andrew Rzepa, a Partner at Gallup. “For too long, companies and organizations have been unaware or unwilling to tackle violence and harassment in the workplace”, he added. “This dataset provides a baseline that we can all use to track much-needed progress on this vital safety issue.”

Sarah Cumbers, Director of Evidence and Insight at Lloyd’s Register Foundation, said that to tackle “global safety challenges as difficult and deep-rooted as violence and harassment at work, it is critical to have good data to understand the extent of the problem and to identify those most at risk, especially in places where little reliable data may have existed previously.

“We are very glad to have been able to work with Gallup and the ILO to make this landmark contribution to filling these data gaps as part of our World Risk Poll, and to provide a benchmark for countries to make improvements, driven by the vitally important ratification of Convention 190.”

The regular collection of robust data on violence and harassment at work, at national, regional and global levels, to inform prevention and remediation laws and mechanisms, policies and programmes.

Enhance the capacity of institutions at all levels to deliver effective prevention, remediation and support, to build people’s trust in justice and ensure victims are supported.

The ILO-LRF-Gallup study was based on interviews conducted in 2021 with nearly 75,000 employed individuals aged 15 or older, in 121 countries and territories, as part of the Lloyd’s Register Foundation World Risk Poll.